The October 2009 Daring Cooks’ challenge was brought to us by Jaden of the blog Steamy Kitchen. The recipes are from her new cookbook, The Steamy Kitchen Cookbook. 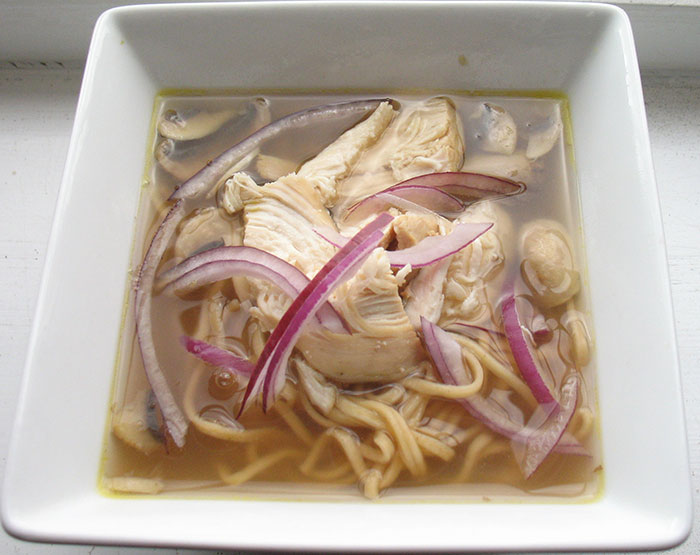 This challenge is unlike any of the other daring challenges I have taken part in for many reasons.

The necessary step was to toast a selection of spices coriander seeds, cloves and star anise (none of which were allowed to be pre-ground). I have to say toasting in a hot pan for 7 minutes did release a wonderful smell, but didn’t visually make any difference (I was expecting them to brown a little). 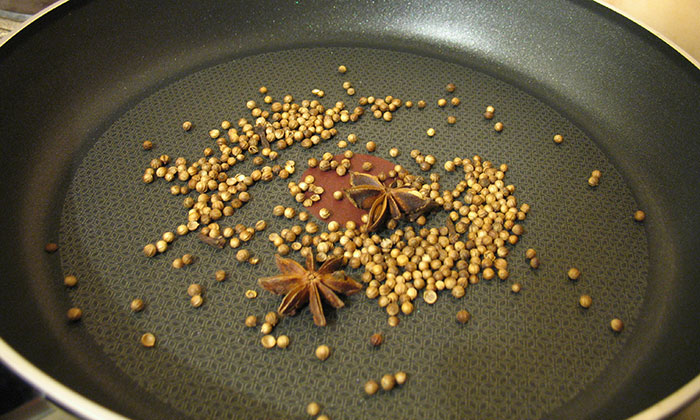 You then add all the rest of the ingredients (chicken, ginger, stock, fish sauce) and simmer for 20 minutes. 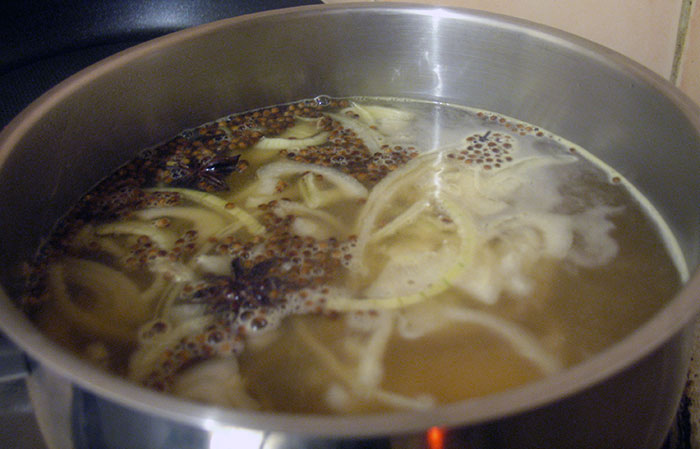 Not the most appealing shot, admittedly, I have to say I have problems with skimming. I understand the froth isn’t attractive, but it seems to difficult to skim without losing the coriander seeds, that are to add the flavour.

Then you remove the chicken (I used one breast) and tear it up. Straining the liquid to remove the spices.

I have to say I was pleasantly surprised, normally I find noodle soups dead boring, with not a huge amount of flavour. Especially those served at Chinese restaurants. The one problem is that because the noodles are added so last minute they don’t actually taste of much. So I would probably cut the amount of noodles, as while they make this soup a proper meal they don’t add a huge amount in taste.

I will most likely make this recipe again, it is so easy, quick, tasty and filling that it is well worth it!