My past forays into pastry haven’t exactly been met with resounding success, so I was apprehensive. Really I should have made a practice pie, but I am (believe it or not) trying to eat less bad stuff – and the easiest way to do that is to not make so much…

I started my one and only attempt only 2 hours before our guests arrived. Not nearly long enough to start over if it all went wrong.

For once luck shone on my pastry it rolled out, it didn’t stick too much and I even had enough leftover pastry to add some leaves to the top of the pie. Leaves are not exactly the most difficult shape to carve out of pastry, but its a big step for me!. 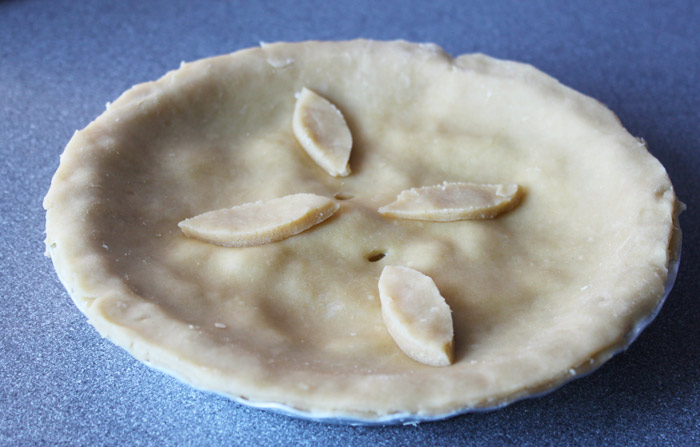 I love this pie dish! 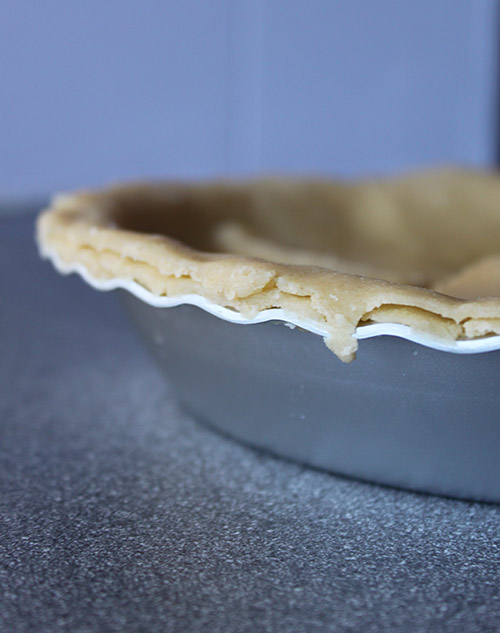 I used this recipe for Proper Apple Pie on the BBC Food website, as it looked most like my Gran’s Apple Pie. Sure I could have phoned her for the actual recipe but I wasn’t organised and phoning her at 9 o’clock on a Sunday morning didn’t seem like a great plan!

For the filling I only used two tablespoons of sugar, and this was probably a little bit on the stingy side. This pie wast tart! I loved it that way, as it was so different from the apple-flavoured-sugar-goup you normally get in a store bought apple pie. However I can understand that this won’t appeal to everyone so maybe next time I would add a least another a tablespoon full.

The pie crust is super flaky and delicious. It’s a bit on the rustic side but I like that.

So why do I call this “British Apple Pie”? It’s far too rustic to be French, and I always think of American Apple Pies with more sugar and cinnamon. So British just feels right.

I served this warm with ice cream.