It might be the start of grilling season in some parts of the world, but here despite the sunshine it’s still darn cold. This is why this recipe for burgers came to my attention – you bake them, then pan fry them to crisp up the outside. So if like me you are still too chicken to get out the barbecue – these burgers are for you. 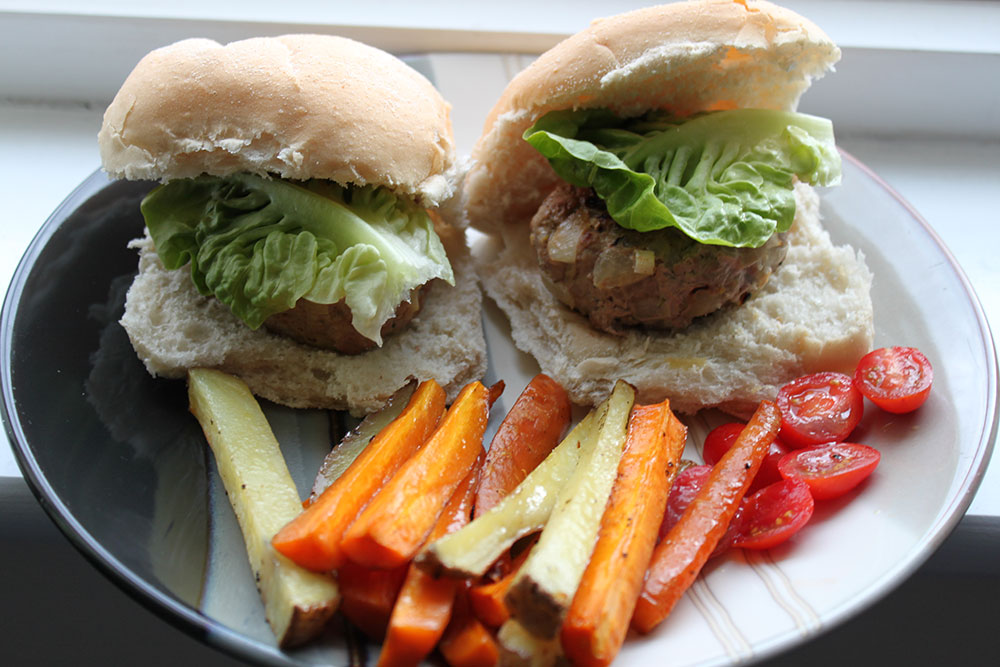 I have been meaning to cook with turkey mince for a while because it’s seen as quite healthy (or at least it contains less fat than other types of mince). This recipe is from the June 2010 edition of Good Food, the main change I made was to not wrap the burger in a slice of bacon. It just seemed a little superfluous, after putting the burgers in the oven I worried that maybe the bacon held the burger together – but I had no such catastrophes.

Thinking back on it now the only reason for the bacon must be to give extra flavour – turkey mince is lean but it also doesn’t have much flavour. Thankfully I added way more lemon zest and thyme than I was supposed to, and my burgers tasted amazing!

Add the onions to a pan with a small spray of cooking oil, under a low heat to allow them to soften. This should take around 5 minutes.

In the mean time zest your lemon and remove the woody parts of the thyme. Add into a bowl along with the turkey mince and mix. Once the onions are cooked and starting to colour add them to the mixture. Season (in my case a very tiny amount of salt, and lots of freshly ground black pepper).

Divide the mixture into four and shape each one into a burger shape, place in a roasting tin. Bake for around 20 – 25 minutes until you are sure they are cooked through.

They will look a bit anaemic, so be sure to brown each side in a pan before serving. 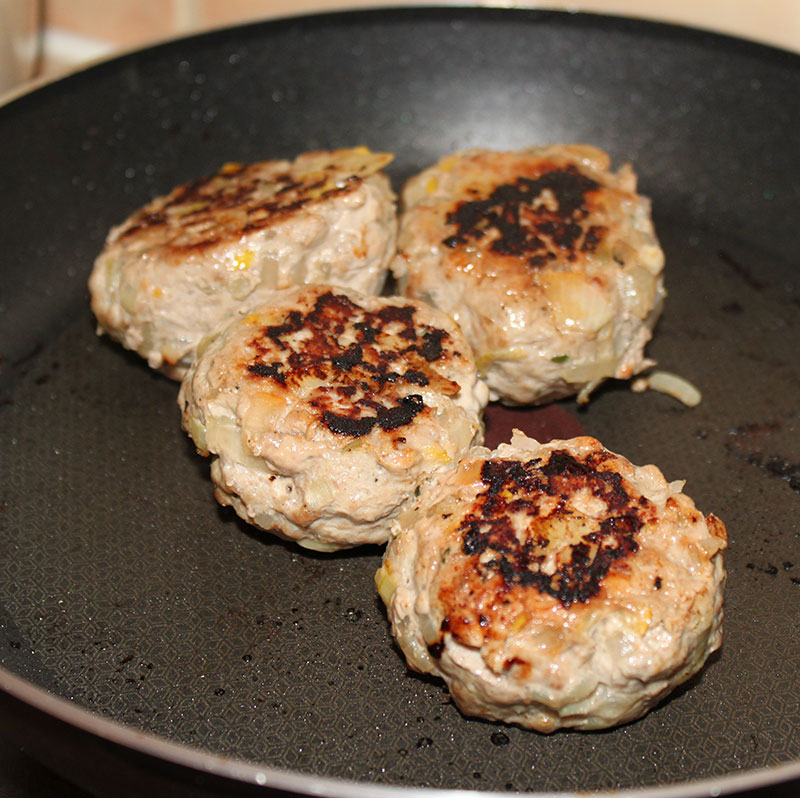 I served mine in burger buns with tomatoes and lettuce and a side of roasted potato and carrot chips.