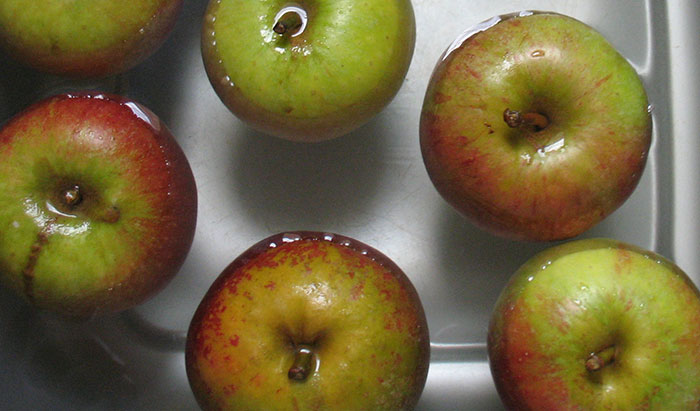 Why Fall? Why not call it Autumn? I am British after all. I say Fall because this particular smell doesn’t remind me of Autumn in Britain at all, maybe Christmas, but definitely not Autumn. It reminds me of the States more than anything else.

Last year I was over in Seattle for 5 days, in many ways it was quite a boring work trip, very little socialising and lots of time by myself. On the Saturday before I flew back I met with a work colleague’s (from the UK) sister, we did a bit of shopping and she told me about how Halloween mad she was (for her boys of course). Halloween is a much bigger deal in the US than it is over here.

We walked around a number of stores that were decked out in orange and black and autumn leaves. Every shop smelled of spices, and it was wonderful. That day was by far the best day I had on that Seattle trip, and while the Spiced Apple Sauce was cooking this morning I was transported straight back.

I decided to make this Apple Sauce for a desert (more on this tomorrow), originally this sauce was only going to be the base for a curd. The first step of making apple curd is to gently cook apples till they break down. Once I had finished this first step I tasted it, the smell filled my kitchen and most of our flat. It was wonderful! Just the way it was. 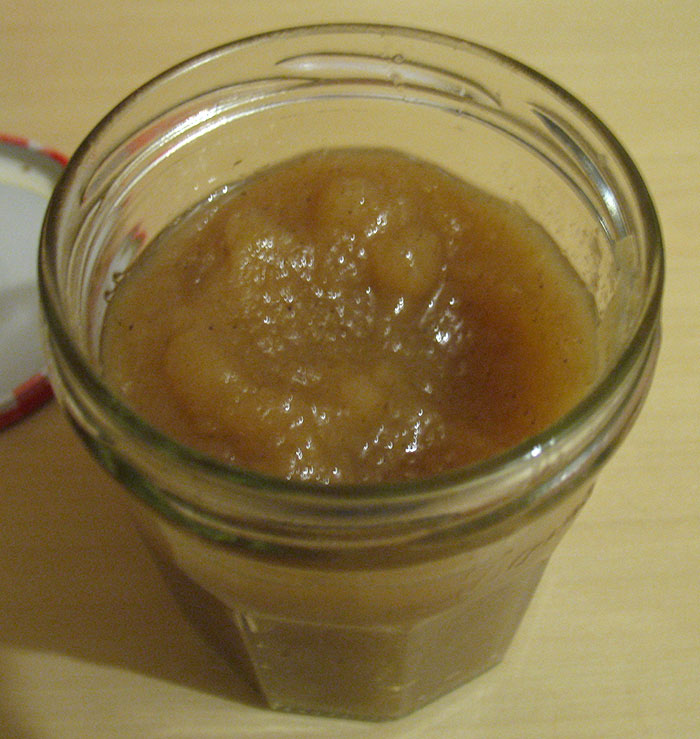 I used this sauce as part of a sweet dessert but the sweetness didn’t come from this sauce (but instead from the custard). Although this recipe isn’t based on any particular recipe, and I haven’t yet tried it, I think it would go amazingly with savoury dished too – like pork.