This blog post is part 2 in a possibly never ending series where I try to find a cupcake frosting I like. I have already tried buttercream filling in my Butterfly Cakes so due to Amanda’s of Amanda’s Cookin’ suggestion my next attempt is to try a cream cheese filling. 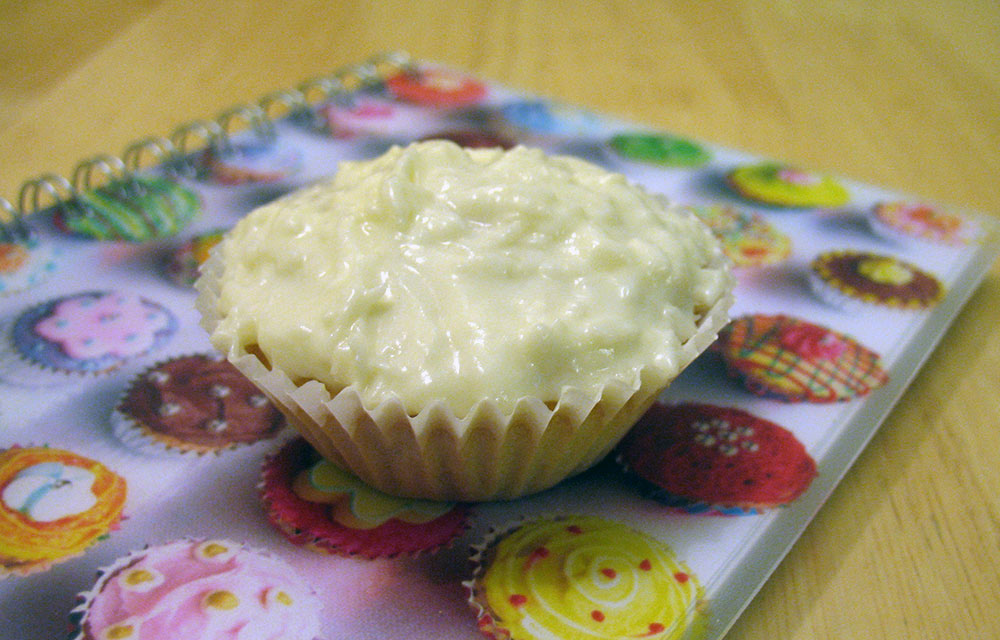 Today I had a hankering for coconut, don’t know what brought it on, but by the time I was home from work I knew I was going to make Coconut Cupakes. I found this recipe Coconut Cupcakes with Coconut Cream Cheese Frosting at Simply Recipes which looked perfect.

I didn’t really stray from the recipe, except to make a half quantity of each cupcakes and frosting and to substitute some of the butter in cupcakes for coconut oil. 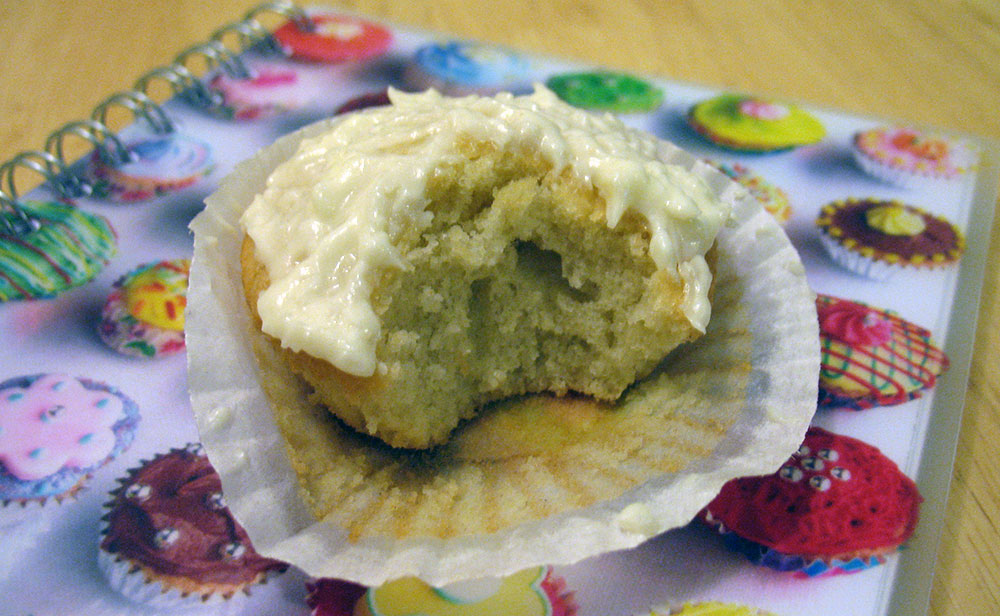 I have to say I am still not all that taken with frostings, the cake was moist and flavourful but I still find frostings too sweet. While the cream cheese frosting was sweet it also had a hint of tanginess from the cream cheese that the sugar just didn’t cover.

Maybe a cream cheese frosting would work better made with a strong flavour like chocolate rather than coconut, to mask the cheese. Also the coconut in the frosting meant I couldn’t pipe the frosting on to the cake, as the nozzle kept getting all blocked up. 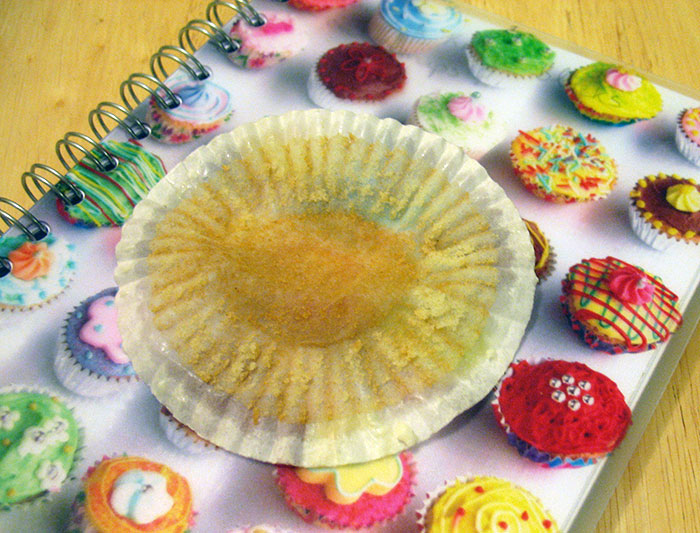 Nonetheless I did finish my cupcake, and I think tomorrow I’ll have another with a little less frosting and some raspberry jam.

Any suggestions on what frostings I should try next? Leave me a comment 🙂