I have put off making cheesecake for years, reading so many recipes but worrying about cracks or soggy bases or that I wouldn’t be able to get it from the tin. But when it came down to it, it was actually super simple. 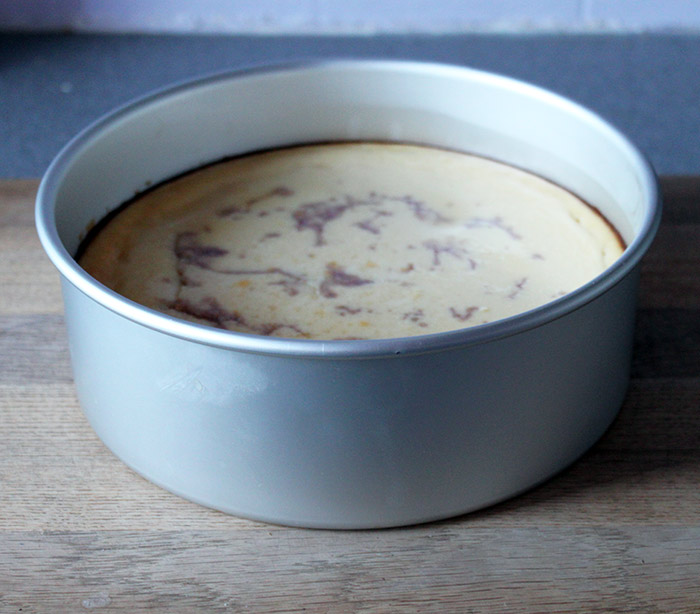 You see cherries are not exactly in season so I decided to swirl black cherry jam into the top layer of my cheesecake. But when I went to pick up Black Cherry Jam I mistakenly picked up Blackcurrant Jam. I only noticed when I had cooked the biscuit base and poured the cheesecake mixture in – way too late to be able to fix it. So in it went, and you know I am glad. It was a wee bit of a change…

This is certainly not a recipe I would make every day, it has 3 tubs of cream cheese in it! To get the almond-y base I was supposed to use Amaretti biscuits, but I couldn’t find any. In the end I used ground almonds (from my macaron baking days) and some digestive biscuits. 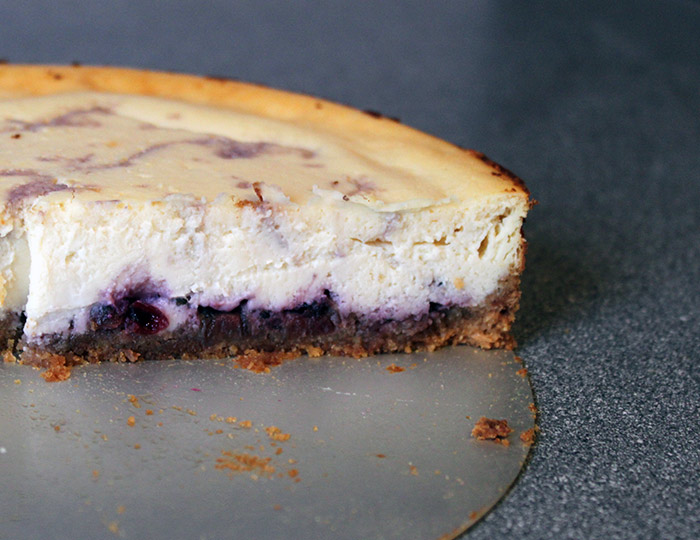 I used the recipe for New York style Cheesecake from Great Baking which you can also find online at Good Housekeeping.

Since I stopped doing Daring Bakers / Daring Cooks I haven’t really made anything out of my comfort zone – but this has proved that thinking something is difficult, doesn’t mean it is.

When is the last time you baked or made something that scared you?