In Breakfast, Cakes and Desserts

Following on from my weekend of baking, I decided to try this recipe from For the love of cooking which was one of the first food blogs I added as an RSS feed back at the start of the year. If you haven’t had a chance to check it out you should!

Anyway I used the Banana, Blueberry, Coconut and Toasted Walnut bread recipe. The only changes I made were to use Coconut OIl instead of butter (around 35grams), slightly reduced the amount of sugar (to around 50 grams), add some more blueberries and omit the walnuts entirely cause I didn’t have any in the cupboard. 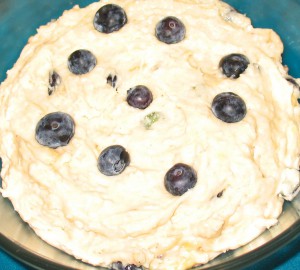 The bread before it goes in the oven.

While I guess most food bloggers would have left the post there, with a beautiful picture of the wonderful bread, I feel the need to confess. The picture above was taken before I tried to take it out of its container, after which it looked like this… 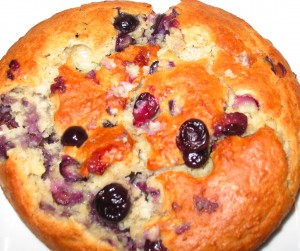 Flopped bread after removing from tin

It still tasted amazing, as long as you eat the outside, the very center could have done with a little bit more firming up. The reason I am making this guilty confession is simply because I am learning – and maybe you are too. So here is what I learnt:

Feel free to laugh at my disastrous attempt, I know I am 🙂